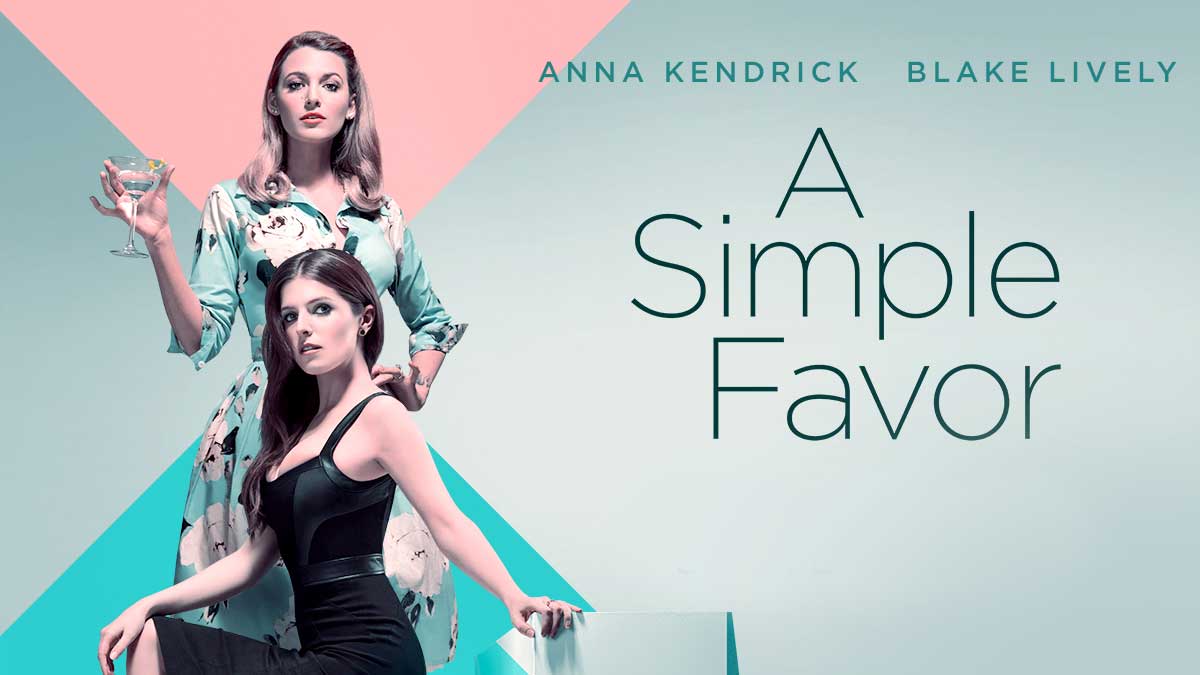 If you are looking for a breezy, fun crime story, A SIMPLE FAVOR delivers just that. But for the writer looking to study a fine work, the film offers skillfully executed examples of three key writing principles.

Genre conventions are the rhyme scheme of a storyteller’s “poem.” The challenge is to keep convention, but avoid cliché. A SIMPLE FAVOR, adapted from Darcy Bell’s novel, blends Crime with Farce, a sub-genre of Comedy.

Audiences, consciously and unconsciously, anticipate genre conventions. The difficulty, therefore, when combining two opposing storytelling styles is deciding which conventions are necessary, and which are not. A SIMPLE FAVOR skillfully blends the great jeopardy of farce with all the intrigue and pacing of a crime story.

A story can only be as intellectually fascinating and emotionally compelling as the forces of antagonism make it. A SIMPLE FAVOR is a tale of Truth vs Lies, but the genius is witnessed in the handling of the Negation of the Negation, Self-Deception. All three main characters are steeped in Self-Deception and oblivious to it.

The finest writing not only reveals true character, but arcs or changes that inner nature, for better or worse, over the course of the telling. Anna Kendrick’s character, played with consummate comedic skill, arcs from naiveté to sophistication.