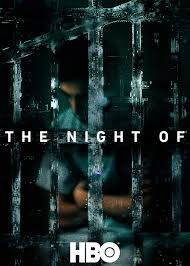 The Night Of (TV Mini-Series, 2016) | Created by Richard Price and Steven Zaillian

THE NIGHT OF: A Study of the Importance of Research

In THE NIGHT OF, the gritty telling details of the lawyer character suffering from an intense physical ailment gives him a unique character — a physical conflict, the psoriasis, with all its amazing variations against a character’s conscious will. How do you do your job when your body is raising hell with you? As a result, the audience is in tremendous empathy. It profoundly humanizes the character and makes you, the viewer, think about every little malady you ever had from headaches on down that got in your way when you were trying to do something. It is a great choice and impressive telling details make it very real. You can only create from what you already know. If you don’t know enough of your characters and their world to have 20 choices for everything, then you will just recycle clichés. I am hard pressed to think of a single cliché in THE NIGHT OF. I can’t think of anything where I had really felt “I had seen this before”. That’s eight hours of original writing.

The World of Prison: Pyramid of Power

The world inside of the prison is about the people with power and the people without power. How do the people with power get their power? There are scenes in this series where guys spend a lot of time pushing weight. Most are quite strong, but only one guy rules and he is not the strongest guy in the prison. So there is a pyramid of power in prison. What is about the guy at the top of the pyramid that allows him to control people below him? The answer is personality. He possesses an inner quality that inmates recognize and it frightens them. Even though they might be twice as big and strong, they don’t throw a punch because they are intimidated. In any violent world, such as inside the Mafia, everybody’s got guns from top to bottom. So, how does the hierarchy control the lower-archy? They do it with personality. The same thing goes inside the lawless world of a prison.

Although THE NIGHT OF deals with the degeneration plot, the spine of it is a social drama using the courtroom drama to expose and criticize a social problem, the incompetence of institutions, police, prosecutors, prisons and so forth.

The institutions in society are mirrors of human nature. The great documentary filmmaker Frederick Wiseman made brilliant cinema vérité documentaries about institutions – prisons, insane asylums, high schools, boot camps, and monasteries. His premise was all institutions dehumanize people, including monasteries. It is just how it is; it is true. And herein lies the dilemma of a lesser of two evils choice. For example, if we don’t have an institution to put dangerous people away from society, we will be releasing serial killers. It is a terrible choice. At the same time we must bear in mind that we blame institutions as if they have separate consciousness of their own. They don’t. The consciousness behind all institutions is human nature.

Now the cinema has become extremely conservative, socially and politically making it almost impossible for a filmmaker to get that bleak. The fear is few enough people go to the movies anyway, and negaphobia is rampant in our society. THE NIGHT OF is anything but conservative. It is real, cutting edge, too dangerous for an art movie. One of the few recent film exception is an Iranian film, A SEPARATION.

The great takeaway from all of this: This is the Age of the Writer. Television has released the writer with freedom to create comedies, dark dramas, family, whatever the subject is, to be innovative, to go into places and things that are restricted by commercial television and cinema.