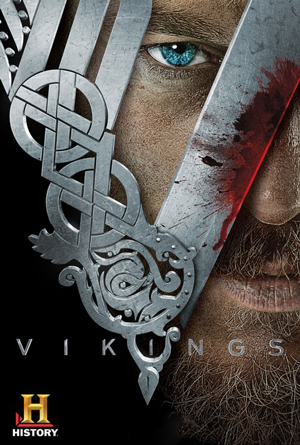 When we look back on the what-was, events often cloud over with shapeless confluences of intersecting cultural and physical forces, undercut by coincidence and contradiction. That’s why people argue about what happened last month, let alone last century. That’s also why striving for historical accuracy cripples storytelling. Trying to recreate past events as history says they happened often traps storylines in cul-de-sacs of confusion. Instead of granular factuality, the wise writer strives for historical expressiveness. In short, he captures the spirit of the times.

Lazy writers carry around ready-made stories, hoping to transplant them in interesting historical settings. In such, the past simply becomes a background for a portable tale that could have been told in any time or place.

Hard-working writers explore the story potential in a span of history by first eliminating an overwhelming surplus of events, then selecting a cast of characters to stand in for that era’s vast population, and, most importantly, merging their factual knowledge of what actually happened with creative imaginings of what could have happened, dramatizing the hidden desires that drove their taken-from-life characters.

In other words, they let history reveal its stories, rather than imposing theirs on history. Discoveries found in books come to life in the imagination. As a result, when all-too-familiar genres, such as Love and Crime, arise naturally out of an unfamiliar world, they fascinate us with never-seen-before rituals, rules, and relationships. History, reinvented and well-told, makes the old new again.

(2) The History of Denmark: A hundred years after Alfred, the Danish scholar Saxo Grammatius gathered all oral sources he could find to compile a Danish history.

(3) The Icelandic Sagas: A century or two after Saxo, the last Icelandic storytellers, men and women who memorized and recited family narratives, transcribed their spoken histories to paper.

In these sources, and much secondary research as well, Hirst found six key events: (1) Ragnar Lothbrok married three times and fathered numerous children. (2) He led victorious Viking raids on England and France, but (3) suffered a major defeat at Paris. (4) In 865, a storm blew his ship aground on the English coast. (5) King Aella of Northumberland captured him and put him to death. (6) Months later, an army led by Ragnar’s sons conquered northern England and executed Aella.

Every piece of history offers raw material for virtually every kind of story, so when Michael Hirst was drawn to the Viking era and Ragnar Lothbrok, he faced two major questions: How to structure a multi-season television series around just six events? And, most importantly, what genres do these facts suggest? He chose two primary lines that could sustain story arcs over decades of his characters’ lives and seasons of audience fascination:

Vendettas inside families can last a lifetime. They churn through three intrinsic values: Envy/Empathy, Loyalty/Betrayal, Unity/Break-Up. To dramatize these values, Hirst redesigned the family that history gave him.

Legends claim that Ragnar had three wives, but for storytelling power, two is a much better number. Two wives can loathe each other to the death, but put a third spouse in the mix and drama turns to farce. So Hirst eliminated a wife and then created Lagertha and Aslaug as multi-dimensional women, mutually contradictory in their natures, living in perpetual hatred.

There’s no record of Ragnar’s siblings, so Hirst looked into Viking lore, found Rolo (a warrior who lived decades in the future), and him made Ragnar’s brother. Hirst’s Rolo, driven by envy of Ragnar, betrays him and ultimately defeats him in the second battle for Paris.

History dealt Hirst a weak hand: How can a man’s haphazard life unify four seasons of storytelling? What Spine of Action would motivate Ragnar to pursue what Object of Desire for over two decades (49 episodes) and end on a meaningfully powerful climax? Motivational questions require deep-seated insight into the inner realms of human beings, and history offers the writer no such answers.

Hirst’s raw material: When Ragnar’s sons carve the blood-eagle on King Aella, they take a Hamlet-like revenge, but only use episodes 44-47 to do it. What’s more, this last movement begins with the coincidental shipwreck that dropped Ragnar into Aella’s hands in the first place. His sons right a wrong, but if their revenge means no more than that, this uptick wouldn’t have the necessary weight to pay off four seasons.

Hirst’s solution: The author decided that revenge would be only a means to an end. To unify Ragnar’s story, he rewrote history by eliminating random chance and linking all pivotal events to the choices and actions of his protagonist and no one else. In short, Hirst gave Ragnar a quest.

Ragnar’s vision of Odin (1:1) triggers the Inciting Incident that launches his quest. Ragnar embraces the god’s call to greatness and goes in pursuit of conquests and renown. But then his struggle for fame takes a negative turn (2:2) when the Seer makes the prophecy that his sons will win far greater glory than him.

Ragnar’s defeat at Paris (4:10) costs him his last chance at greatness, and so with life at rock bottom, where does he go from there? Defying history, Hirst has Ragnar redefine his quest. He could still win immense glory, not for himself, but for his sons. To do so, Ragnar conceives a long con that will not only make the seer’s prophecy come true, but climax on his sacrificial suicide—the spectacular death of a tragic hero.

Ragnar bribes some has-been warriors to row him to England. Once there, he kills these men, and then surrenders to Ecbert, King of Wessex. Even though Ecbert locks him in a cage, Ragnar manipulates Wessex into turning him over to Northumberland. Ragnar knows that Aella, his ancient enemy, will inflict a suffering so degrading and hideous that his death will motivate his sons to take conquer England, take revenge on both Aella and Ecbert, and with win their glorified place in history.

Indeed, history granted fame to Bjorn, Hvitserk, Ubbe, Sigurd, and Ivar, but now, thanks to Michael Hirst, the scale has tipped and the future will know them as the five sons of Ragnar Lothbrok.

Hirst creates and executes this series without benefit of a writer’s room. VIKINGS is the outpouring of just one artist’s research, imagination, and storytelling gifts.

Don't miss the ONLY TV DAY Seminars in 2017!
COVID-19 and Your Crisis Decision:
In these challenging times, Robert McKee has decided to bring his teaching to you. Will you join us online?
LEARN MORE
We are a participant in the Amazon Services LLC Associates Program, an affiliate advertising program
designed to provide a means for us to earn fees by linking to Amazon.com and affiliated sites.